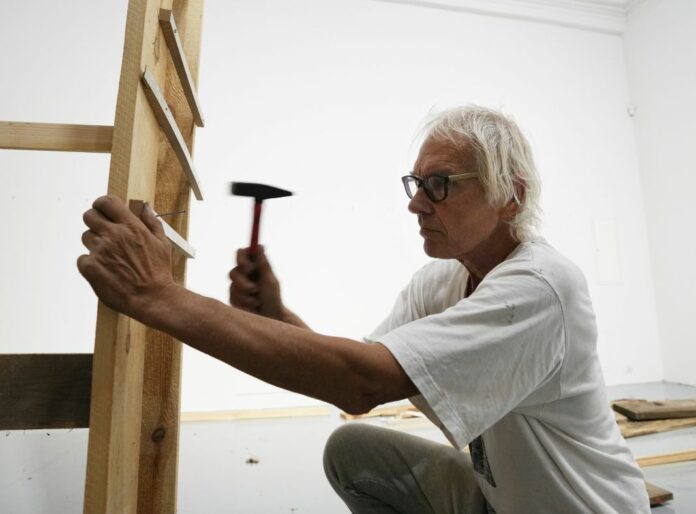 Lars Vilks working on a sculpture for the exhibition “Political Art” at the Ujazdowski Castle Centre for Contemporary Art”, Warzaw, august 2021. Photo: AFP/Scanpix

In the days following the tragic death of the Swedish artist Lars Vilks and his two bodyguards Scandinavian media and cultural personalities has denounced the artist for his most famous work, “The roundbout dog”. Their accusations are now echoed by an islamist movement in Sweden, calling for Vilks’ major landscape work, “Nimis”, to be “burned down”.

The demand fluctuates with the grave accusations directed towards the artist. He has been accused of adopting “hateful iconography” and of being associated with “right wing extremism”. The accusations have been formulated in the political mainstream and been put into rotation by mainstream media. This paves the way for extremists fighting against democracy and free speech, as they now can present their illegitimate agenda in an apparantly legitimate context.

This is a reminder of Sweden’s dark collaboration with another and former totalitarian movement, as the country in the 1930’s delivered the high quality iron ore necessary to build Adolf Hitler’s war machine. It also highlights the dubious practice of Western media to demonize art and artists as if they were dangerous political agents.